Unspeakable is set in a secluded mill town in Northwestern Ontario, Dryden. When I told my husband this, he said, “Don’t set it in Canada. No one wants to read a book set in Canada.”

I know what he’s trying to say. The majority of the readership in North America is from the United States, so in his mind, I am (allegedly) closing the door on a MASSIVE market by setting my story in Canada. However, when I had a portion of my manuscript reviewed by a Writer In Residence at The Alexandra Writer’s Centre, one of her first comments was, “I love that you set it in Canada.” So despite differing opinions, for now (until a fabulous agent/editor tells me otherwise), the setting remains.

So why Dryden of all places?

As I had mentioned in an earlier post, in order for my plot to work, it needed to take place in a small town. Dryden was a small town that I was intimately familiar with. I, like my main character, Hanna, worked there as my first job as an SLP. I feel that knowing the town where she’s living and being very familiar with (parts of) her situation helped lend a greater authenticity to the story. I could describe things more accurately, the smells, the textures, the beauty, and sometimes the not so beautiful. It helped provide a framework from which to build my story.

I have come across a few dilemmas in choosing Dryden.

As I was a rookie SLP in Dryden just as Hanna is, it’s natural that people will think that she’s me. My sister even asked me if one of the first scenes actually happened (never mind that Unspeakable is a romance and I’ve been with my husband since grad school – thanks sis.). So, the answer is NO. Although Hanna and I have our careers and our first professional setting in common, she is not me. She has a very different personality and is confronted with situations that I’ve (thankfully) never experienced. And let’s face it, regardless of the setting I choose, people will think it’s me, simply because I wrote it. In fact, just this weekend I was having dinner with old and new friends. It came up that I had written a novel. Each sentence that I uttered, describing the plot, was punctuated with, “So, it’s you. It’s you, right.” I don’t think changing the location will change that popular perception.

2. People are going to think it’s my former colleague, the Sue Ellen to my J.R. (This was not a concern until recently.)

In Unspeakable, Hanna is the sole charge SLP. When I worked in Dryden, I started at the same time as another new SLP, ‘Miss Sue Ellen’. To help with setting and clinical accuracy, she was amongst my first BETA readers. Her reaction? “People will think this is me.” Oy.

To be honest, when I created Hanna, I made her personality very distinctive from mine. But when I created her, it never occurred to me that people would think she was Sue Ellen. In fact, after reading Unspeakable, Miss Sue told me that she had found herself in a somewhat similar situation as Hanna (I plan on writing a future post on how things in my story started to come true – it has happened a lot!) I was totally clueless to this situation, as it had arisen after I had moved away. My first reaction: Hurray, my story has major plausibility! My second reaction: Uh oh, people might think it’s Sue Ellen). Sorry Miss Sue…all I can do is assure readers, that is isn’t you either.

3.  Do I use the Dryden of yesteryear or present day?

When I moved to Dryden more than a decade ago, the town was like a quaint little suburb, much as I describe it in Unspeakable. After I left, there were some layoffs at the mill and apparently things changed. I went to visit there in the summer of 2013, (when I was in the midpoint of writing my manuscript). I was stunned by:

a). How accurately I remembered some things: like the inside of the health unit.

b). How I fabricated things from my memory when I wasn’t aware:

Hanna’s boss’s last name is Van Horne, but when I named her I had forgotten that that was the name of the street where the health unit is located.

c). How things that I had created had also come true:

Hanna’s apartment building really exists (it’s a unique building in the town) but I changed the business under her apartment from a shoe store to a Barber Shop for my own creative purposes. Guess what is actually there now; that’s right, a Barber Shop, much like the one created in my imagination – weird.

d). How things remained the same:

The Chinese restaurant across the street is still there, exactly as I had remembered it.

e). How things have changed:

The biggest difference now is that Dryden has definitely incurred some the brunt of its depressed economy. Let’s just say it isn’t the polished suburb I remembered. For the purposes of my story, would it be better to have the place be a little more rough around the edges, adding additional challenges to Hanna’s plight? If I did this, would I offend who proudly call Dryden home? At the moment, it feels too one-dimensional and cliché to make Dryden just another small depressed mill town, so for now I’ve left it as it was in memory.

4. In order to avoid offending anybody, maybe I should fictionalize the town completely and give it a new name.

There are parts of the setting that I have fictionalized already (e.g., restaurants, bars) and parts that are quite accurate (in my mind). But you know what? You can’t write a novel and worry about what others will think. That others will think it’s about you or about them. Or that people will be offended if their town isn’t always portrayed in a favorable light. That’s a sure recipe for writer’s block. It was concerns of what people might think that stopped me from writing altogether for so many years. So I just won’t go there. Unspeakable is Hanna and Hank’s story, and I’m glad I wrote it. A town by any other name doesn’t really change it.

A few people have asked me why I’m using what appears to be a pseudonym. I’d like to make clear that I’m not ashamed of my writing in any way. I’m proud that I’ve finally pursued my lifelong dream; that I finally ignored the shroud of doubt and ducked out from underneath it…well maybe it started with a peak.

Here are the reasons that I’m using J.R. Yates and not my ‘real’ name. 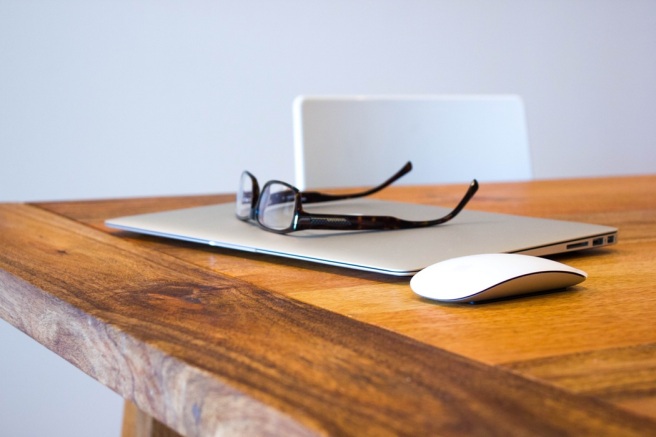 Since I was very young, I’ve always loved reading and wanted to grow up to be a writer. You would often find me with my nose in a book, reading into the wee hours of the night, using the pinpoint of red light from my waterbed heater control to illuminate each finely typed line, so as to not wake my sister.

My first experiences sharing my writing with others left me feeling embarrassed and self-conscious (the fault of the inner critique). Whenever my mother proudly stated to her friends that I wanted to be a writer when I grew up, I saw placating smiles and schooled expressions. Isn’t that sweet? I felt ashamed that I had such fanciful pursuits – it felt as realistic as believing in the tooth fairy; and at eleven, I knew there was no tooth fairy.

Creative interests took a back seat to finding a secure career. I became a speech-language pathologist (SLP) over 15 years ago, and I currently practice with the pediatric population. I love what I do. To help families facilitate and improve their child’s communication, to connect with others, is often very gratifying.

But what of my childhood dream? Do I simply leave it in the background of my wants and desires, as something silly and unattainable?

I was inspired to pursue my dream to write once more when I realized I had no reason not to pursue writing any longer. I don’t need it as a career. I can do it just because I love it. What did I have to lose?

I was discussing books with a colleague in November 2012 and she mentioned that no one has ever written a book where the main protagonist is a speech-language pathologist (SLP) and sexy (her words, not mine). This got my wheels turning. What would a book like that look like? How could you develop a story where it was important that the main protagonist was an SLP?

The seed of the idea for Unspeakable was planted. And so, I started making notes. I came up with a premise, and characters and a plot and a subplot. Now what?

Work to do your best.

I took a course on novel writing at the University of British Columbia in early 2013, and then a creative writing course at the Alexandra Writers’ Centre that spring. I was then accepted into their yearlong novel course last year, where I completed my first draft. I had a few reviews from writers-in-residence programs, and did some rewrites. I then had a few beta readers read it over the summer, and did more rewrites. I sent it for a manuscript review with a local writer’s association – they told me it was good, but gave me few constructive things to work on (I waited 10 weeks for that one!)

Currently, it is in the hands of a professional editor that I hired. I now have to wait 14 weeks. So, if you’re following all of this, it took me 2 years to get to this point. From the seed, to the tree in it’s adolescence. Sure, there were long periods where I didn’t touch my manuscript. Namely the summer months, when I parent full-time with few moments to myself and those long periods of waiting…waiting for people to read it and give feedback. And so now I wait again, and I write about other things. This blog mainly, and there is another seed. It’s germinating. I just need to plant it.